7 Halloween Colors And What They Represent

Part of what makes Halloween so memorable is seeing all the vibrant colors. While my childhood memories are saturated with the traditional orange and black Halloween colors. As I grew older the colors gradually changed to include more greens and bright purples. 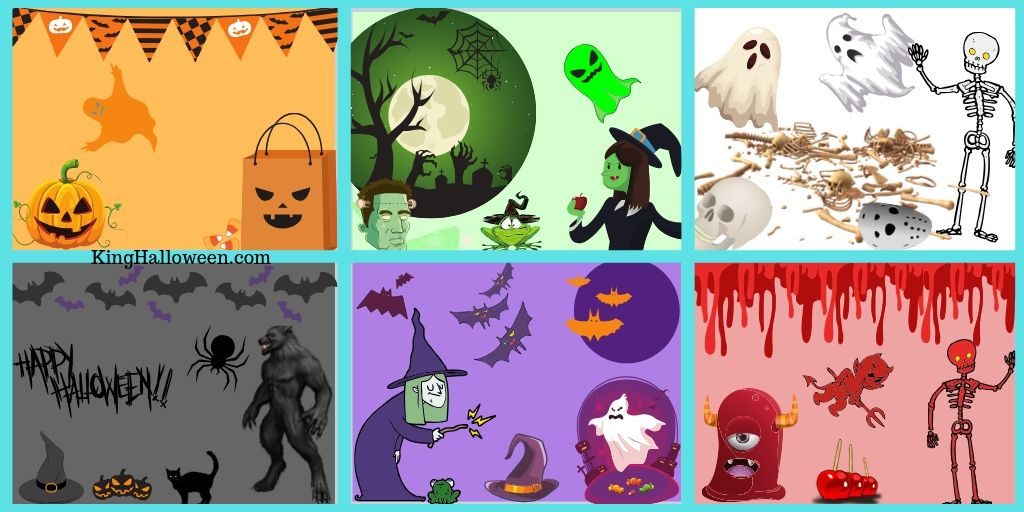 What Are Halloween Colors?

Everyone can agree that orange and black are definitely Halloween colors, but the rest of the colors may be up for debate. For example, some people swear yellow is a Halloween color, but it’s rarely mentioned as an official color of Halloween.

Green and purple have both become accepted colors of the holiday, and they are often used together when decorating.

Recently, white has also slid into the Halloween arena, frequently being used in decor and upscale decorating themes. Red is another Halloween color that has been in the mix for quite awhile.

In the past red was mostly used as bloody highlights for costumes and decorations, but it has recently taken center stage. Bloody foot prints, bloody drops and crime scene themes have become a shocking way to show off red. Red is a Halloween color often used with a white background to make it pop.

If you doubt me, check out these Halloween pics with teal found on Pinterest. The main reason teal is spreading like wildfire is because of the Teal Pumpkin Project, which is discussed below. People began putting out teal pumpkins all over the United States and the teal Halloween decorations have slowly caught on because teal is one of the few colors that complements orange.

The colors orange and black are the Halloween colors most associated with the holiday. In fact, they have been a staple in Halloween celebrations throughout the United States for over a century.

Along with pumpkins, orange represents the changing of the seasons that comes with Halloween. It’s a color you see all around as the leaves change during the fall season. For Halloween, the most important thing orange represents is fire.

Orange is the color of fire and fire was believed to provide warmth, protection, and safety. Orange and black can be thought of as the sacred fire (orange) against a dark night sky (black).

Black is a popular Halloween color because like Halloween, it has ties to death. It’s believed that the veil between the living and dead is thinnest around Halloween time.

This is a time when the dead can travel to the world of the living and some of the living can communicate with the dead. Black is also the color of darkness and night.

Many Halloween creatures are black in color and come out at night. These include bats, black cats and spiders. During periods in history some of these creature were labeled as evil.

Green has become one of the popular Halloween colors. It’s a color frequently found in nature and it is also the color of pumpkin stems.

Green has a history of representing evil monsters. It has been used as the skin color for zombies, aliens, Frankenstein, and witches.

The color green has also been used to represent the supernatural with green glowing fog, floating mists, flashes of light and other effects. Green is an all around spooky but impressive color when used in glow sticks and glow in the dark items.

Purple is one of the more surprising Halloween colors because it seems to have appeared out of nowhere. It doesn’t represent the harvest season or death, but it does represent a bit of the supernatural. 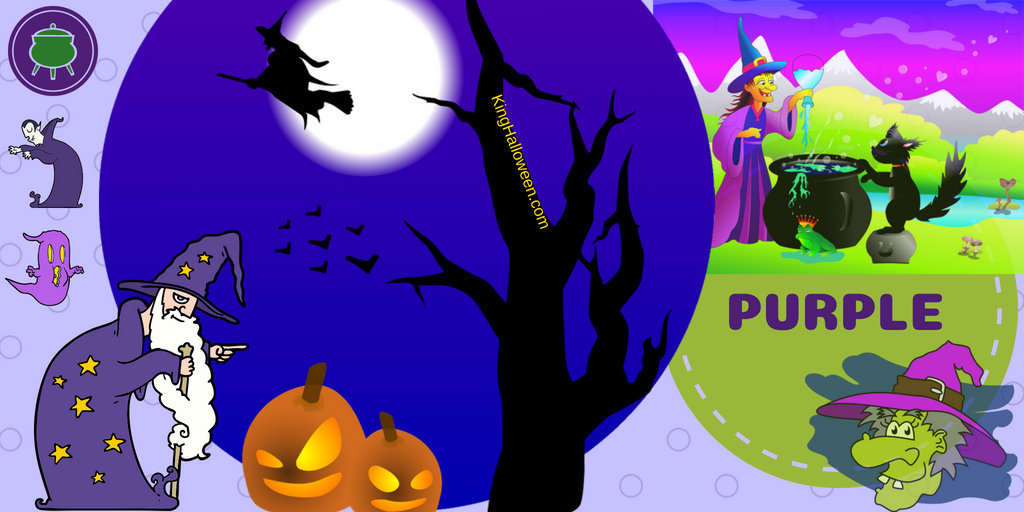 Purple is a color often associated with royalty, wealth, and powerful people. It has been used to represent the mystical and magical, often the outfits of witches and wizards will be decorated with purple.

Purple may have been easily accepted as a Halloween color because it’s more pleasing for children to look at than black is. In fact, purple and green are often used together to tone down the scariness of Halloween and make it more fun for kids.

Taking scary monsters out of black outfits and putting them in soft purple tones can make them less scary. There are quite a few Disney villains with many purple tones like Maleficent and Ursula.

Red, orange and yellow are all colors of autumn seen with the changing season. However, red has also been used with the more popular Halloween colors to represent blood. The color red can accent Halloween make-up and costumes, but it has also become popular as it’s own bloody Halloween theme.

Red is a powerful Halloween color because blood represents life and mortality. While the color red on its own is known for intensity and aggression, the symbolism may be slightly different as a Halloween color.

For Halloween it is more a symbol of dying and a reminder that we are human and mortal. Showing bleeding Halloween decorations represents blood draining from a body and the loss of blood is a reference to mortality and the fear of dying.

Many people don’t think of white as one of the classic Halloween colors, but it’s being used more and more frequently. The color white is being used alongside orange and black to make more upscale Halloween decorations.

What does white represent as a Halloween color?

White represents the undead and the loneliness of spirits who can not rest. White is the color of ghosts and spirits seen at night. It is Skulls, skeletons, and bones decaying in the ground.

As a Halloween color, white represents the spookiness of clowns, mummy bandages, and it’s a stark background for blood splatter.

Yes, you read that right! I am here claiming that teal is quickly becoming one of the new Halloween colors. Depending on where you live, you may have noticed Teal pumpkins popping up at homes and even in stores over the last few years. In fact, my home has had a freshly painted teal pumpkin placed out front since I first learned about the Teal Pumpkin Project.

I’m here to answer the question:

Why is Teal a Halloween color?

Teal is a Halloween color because of America’s growing participation in the Teal Pumpkin Project.

“The Teal Pumpkin project is a worldwide movement to create a safer, happier Halloween for all children.”

It’s a very simple idea that lets kids with food allergies have a great time trick-or-treating. The only requirement for participation is to get some non-food treats and have them available for trick-or-treaters. Then you can put a teal pumpkin out to let people know you are participating.

I actually posted a flyer from the website next to my teal pumpkin the first couple years to let my neighbors know about the program.

The Teal Pumpkin Project is a great program and it’s fun giving trick-or-treaters a choice between candy and toy items. It’s nice to hand out something more exciting than the usual candy too.

Check out the Teal Pumpkin Project website for more information! They have great resources including a neighborhood guide, school guide and a small business guide to help anyone planning on participating this year.

Another reason teal is becoming a Halloween color is because teal is a complementary color to orange on the color wheel. This means they go great together, so it’s no surprise designers are happy to combine these colors every chance they get. 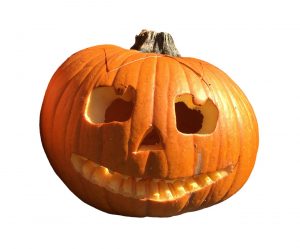 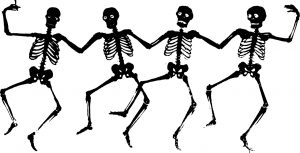 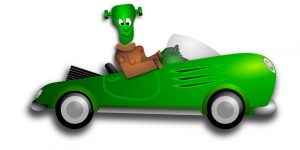 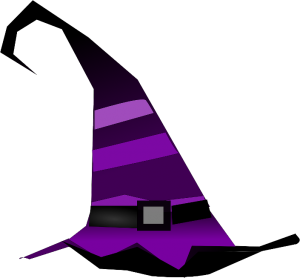 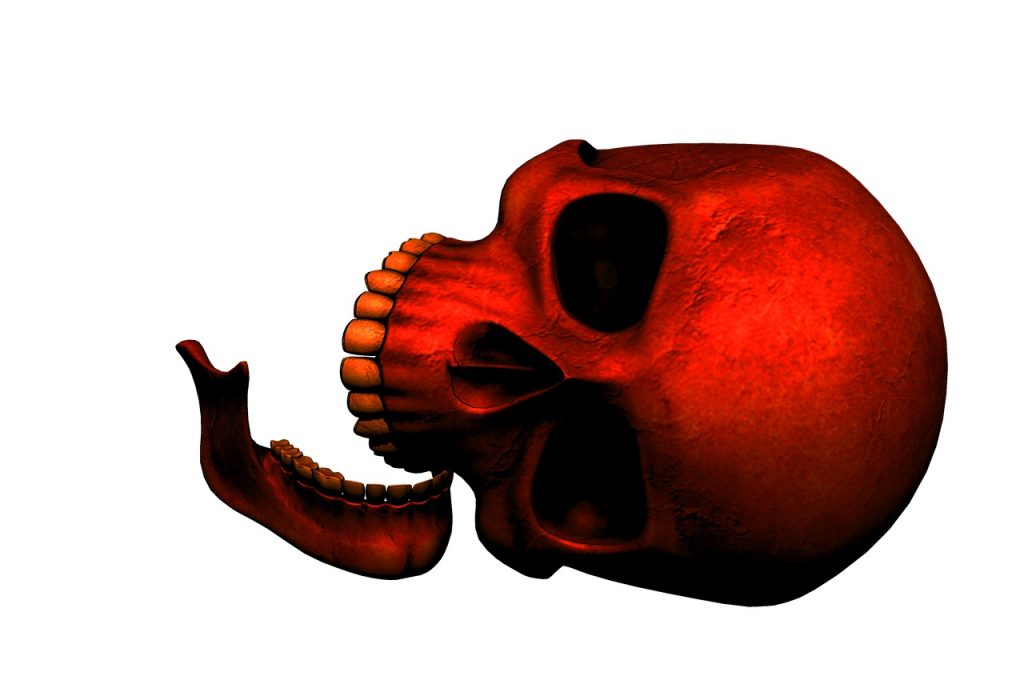 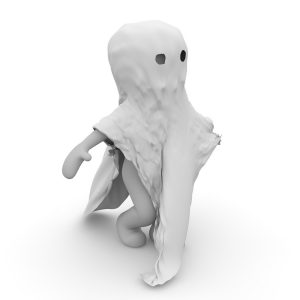 • Upscale Halloween designs
• Loneliness of spirits not at rest
• Ghosts in the night
• Skin of a corpse
• Skulls, skeletons, and bones
• Clowns & mummies
• Gravestones 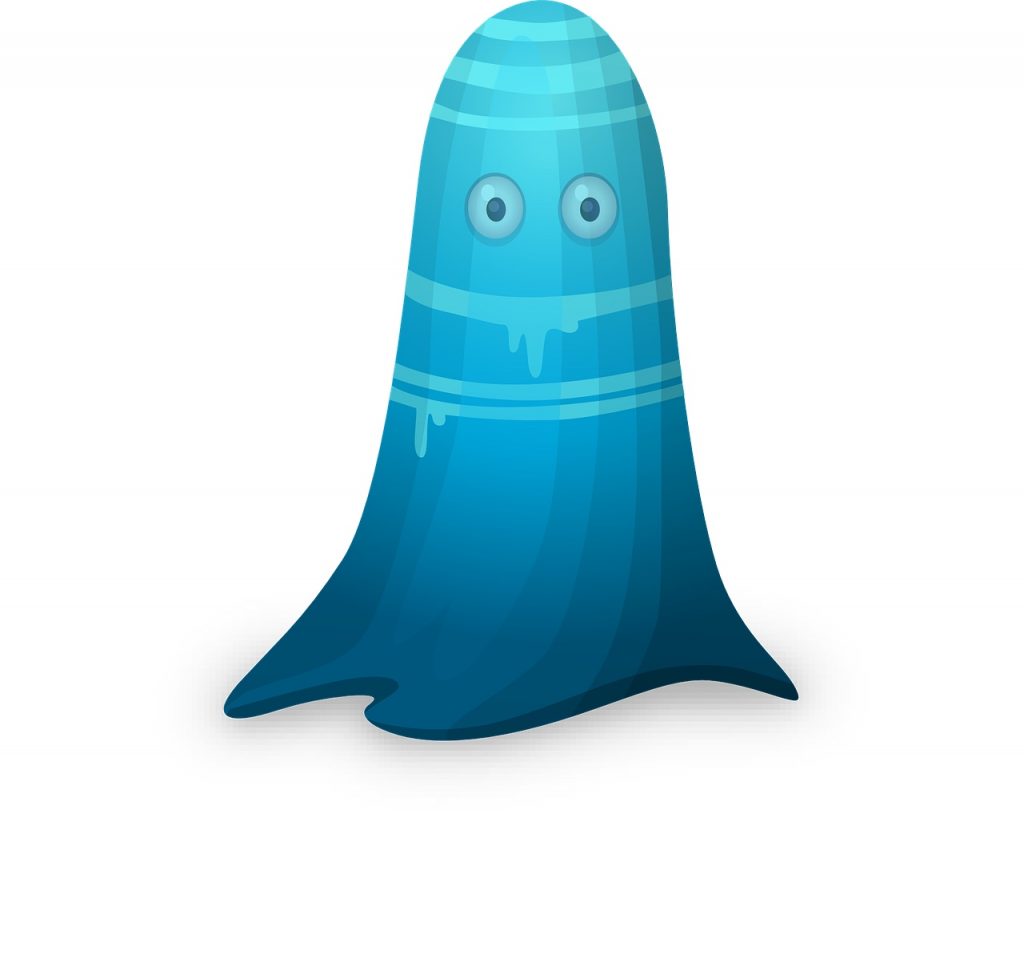