Tricks, treats, masks and costumes… what’s it all about? Why do we hide our identity and go from door to door begging for candies? And why is everything Halloween so scary? Where did Halloween originate? The answer to these questions and more are in our brief history of Halloween informative article below.

When Did Halloween Start?

Halloween dates back over 2,000 years to the Celtic festival of Samhain. The Celts celebrated their new year on November 1 and lived in the part of the world that is now Northern France, Ireland, and the United Kingdom.

Celts believed that before the new year, the boundary between the worlds of the living and the dead became blurred. This allowed the ghosts of the dead to return to earth. October 31st marked the end of summer, the harvest, and the beginning of the dark and cold winter. The Celts often associated this time of year with human death. This is where the history of Halloween first began.

When did Halloween start? 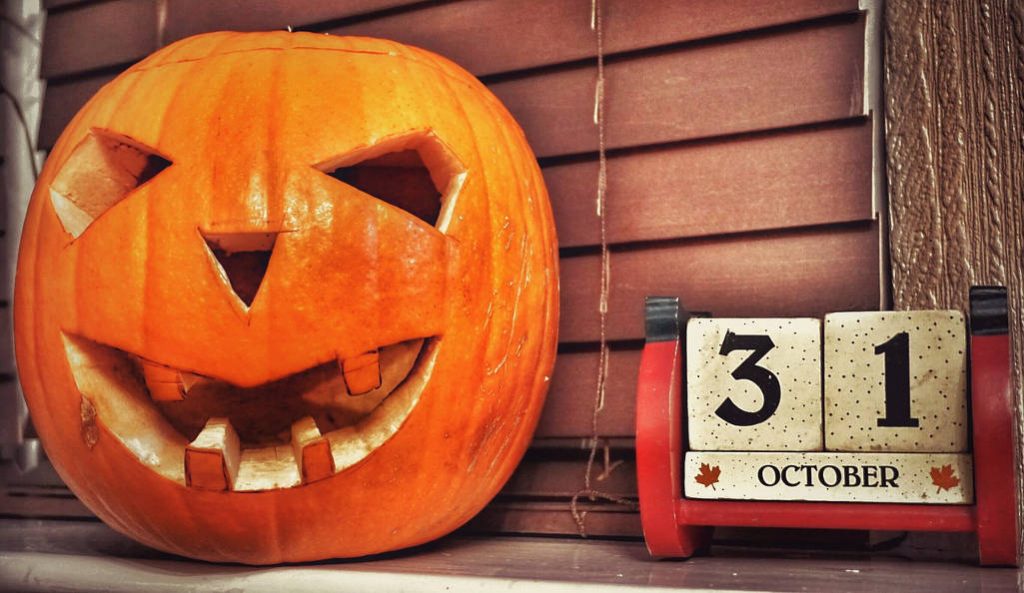 On the night of October 31 the Celts celebrated Samhain. It was believed that the presence of the otherworldly spirits made it easier for the Celtic priests, known as Druids, to make predictions about the future.

The Druids would build giant sacred bonfires, where the Celts would come together to burn crops and animals as sacrifices to the Celtic deities. They believed the spirits of the dead could cause trouble and damage crops at this time, but they also considered it a celebration. They would often throw animal bones into the fires which eventually led to the fires being called “Bone fires” and then Bonfires.

The Celts wore costumes, typically made of animal skins and skulls, and they would celebrate and attempt to tell each other’s fortunes. The Celts lived in and were deeply connected to nature and the natural world, so the festival and these fortunes were very important to them.

The festival provided an important source of guidance through a long winter and gave comfort in a difficult world. After the festival celebration, the Celts used the flames from the Samhain bonfire to lite their hearth fires (fires at their homes which they had each put out earlier in the day) and believed the sacred bonfire flames would help protect them through the winter.

Where did halloween originate?

The ancient Celtic festival of Samhain! 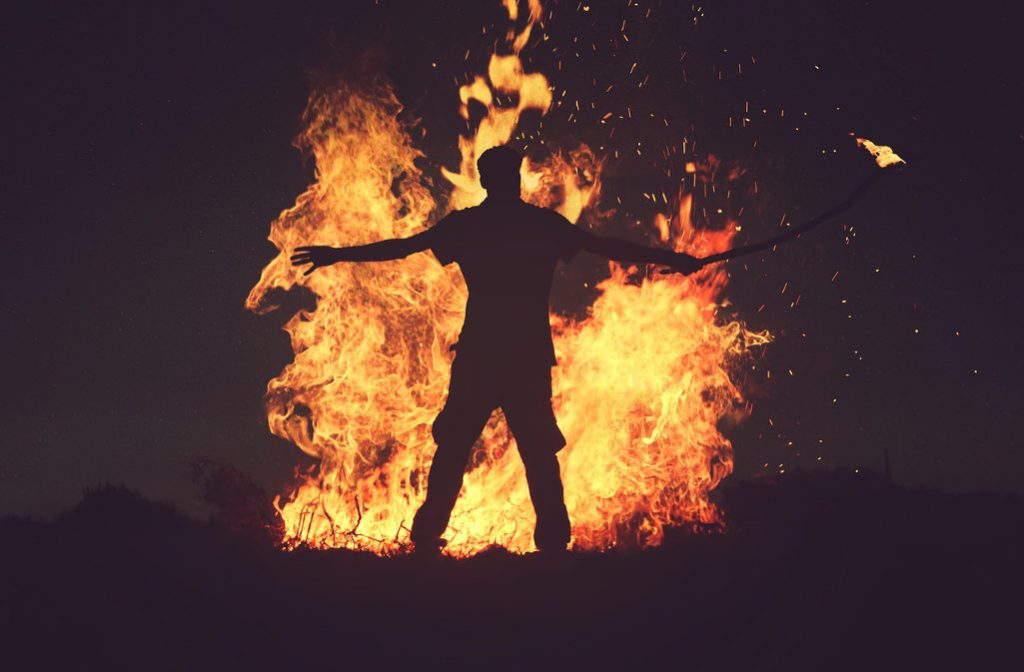 In summary, Halloween originated from the ancient Celtic festival of Samhain! Now this celebration looks much different from our current day holiday festivities. So why do we celebrate halloween differently today? How did we get from there to our modern-day festivities? Keep reading and your eyes and mind will open up to some interesting information about how this spooky celebration made its way to America.

Why Do We Celebrate Halloween?

Eventually the Roman Empire would conquer most of the Celtic territory and over the next 400 years various Popes would blend Roman celebrations into the Celtic festivals.  All Souls Day is an example of the church attempting to replace the Celtic festival with a church sanctioned holiday. This was common practice to get the population to accept changes that come with a conquering force.

In 1000 A.D. the church made November 2 a day to honor the dead, calling it All Souls’ Day. The people celebrated it in a similar way as Samhain, with huge bonfires and costumes of saints, devils, and angels.

There is also a celebration on November 1 called All Saints Day and All-hallows (from Alholowmesse in Middle English which means All Saints Day). So the night before was named All-hallows Eve, which would eventually become Halloween. This is where the word Halloween comes from.

How Did Halloween Start in America?

Now that you know the ancient history of Halloween, your probably wondering how did Halloween start in America?

How Halloween started in America is interesting because it began the earliest with Maryland and the southern colonies. These areas began celebrating Halloween around the middle of the nineteenth century.

These colonial celebrations were very different from todays festivities, but they did include dancing and singing. Neighbors would also share stories of the dead, tell each other’s fortunes, and even tell ghost stories.

When did Halloween start in America?

How Halloween started throughout the entire country is even more interesting. The potato famine of 1846 brought millions of Irish immigrants to America, and along with them came the festivities.

When did Halloween start for all of America?

After the 1846 potato famine brought millions of Irish to America.

During the second half of the nineteenth century the flood of new Irish immigrants helped to popularize the Halloween celebration all over the country. Taking from the Irish and English traditions which were brought in by immigrants, Americans began to dress up in costumes and go door to door asking for food or money. 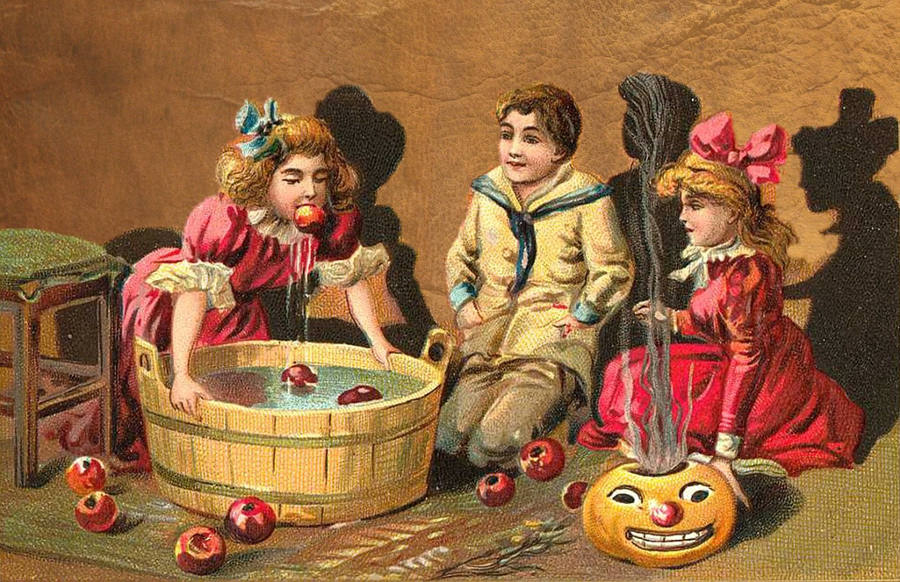 The history of Halloween as we know it today in America began in the late 1800’s, and then slowly formed all the way through the 1950’s. This is because in the late 1800’s there was a movement in America to take superstition, witchcraft, pranks, ghosts, and religious overtones out of Halloween and make the holiday more about neighbors and community.

Community leaders and newspapers encouraged parents to remove anything spooky, scary, frightening, or grotesque from their Halloween celebrations. At this time Halloween parties were the most common way for kids and adults to celebrate the holiday. These parties had games, costumes and seasonal foods.

This time period is where we get the origin of Halloween parties very similar to parties of today.

By the 1930s, Halloween had become a non-religious, community-centered holiday, with entire towns participating in parades and parties. However, vandalism began to plague Halloween celebrations in many towns and communities during this time.

More changes took effect and by around the 1950s, Halloween had become a holiday mainly for children and the vandalism had decreased. During this time trick-or-treating was brought back to life because it was an inexpensive way for the entire community to participate in the Halloween celebration, even those who have a hard time leaving home.

Even though trick-or-treating has been around for centuries, this is the latest origin of Halloween chapter that brought back trick-or-treating as we know it today. Between the 1920’s-1950’s it was revived and it has continued to grow today. 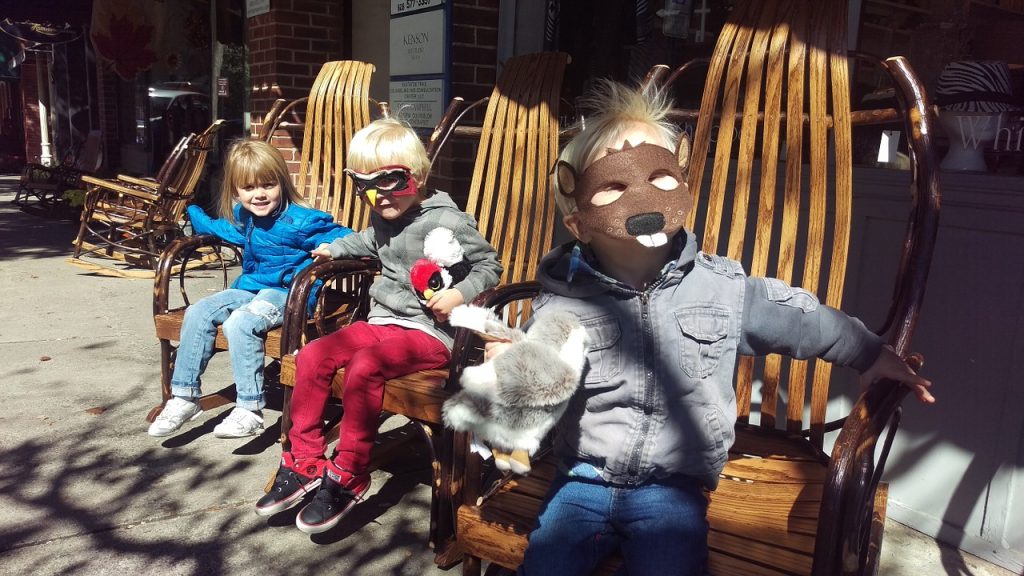 The history of Halloween in America shows a struggle to find the true meaning of Halloween. Attempts to regulate Halloween, remove religious overtones, witchcraft and superstition reflect America’s struggle with the holiday. Currently, Halloween is seen as a holiday mostly for children, but it does have active adult participation.

You can still see signs that America struggles with this holiday throughout communities todays. Many people in the community don’t participate in handing out candy for trick or treating and some parents are afraid to take their children to neighbors homes to get candy. Also, many of us have personally been given or had children given pamphlets from about how Halloween is a sin while trick or treating.

Fortunately, each family in America can choose what Halloween means to them and you can make your own family story using the history of Halloween as a guide.

Personally, I love Halloween and hope to spread holiday cheer to anyone who is interested!

• Beginners Guide to Making a Jack-o-Lantern

• Songs for Making your own Halloween Music Playlist