Ready for 23 more scary riddles? If you’ve already been through page one of our scary riddles pages, get ready for page two which is focused more on murder mystery riddles.

Do you enjoy a good mystery? And you love scary riddles? Well, we’ve put the two together and created a section of murder mystery riddles to keep you entertained. Challenge your mind while thinking outside the box if you want to solve these creepy brainteasers. If you like being scared check out our list of great movies to watch for the Halloween season.

Mr. Ticket was watching the news and saw a piece about the death of an American woman, Mrs. Wicked, in the Swiss Alps.

The woman’s husband Mr. Wicked was on the news crying saying his wife had accidentally fallen, tumbled down the mountain and that she died while skiing. The husband was beside himself with grief.

Mr. Ticket immediately called the police and told them Mr. Wicked had murdered his wife. After police questioning, Mr. Wicked confessed to murder. How did Mr. Ticket know? 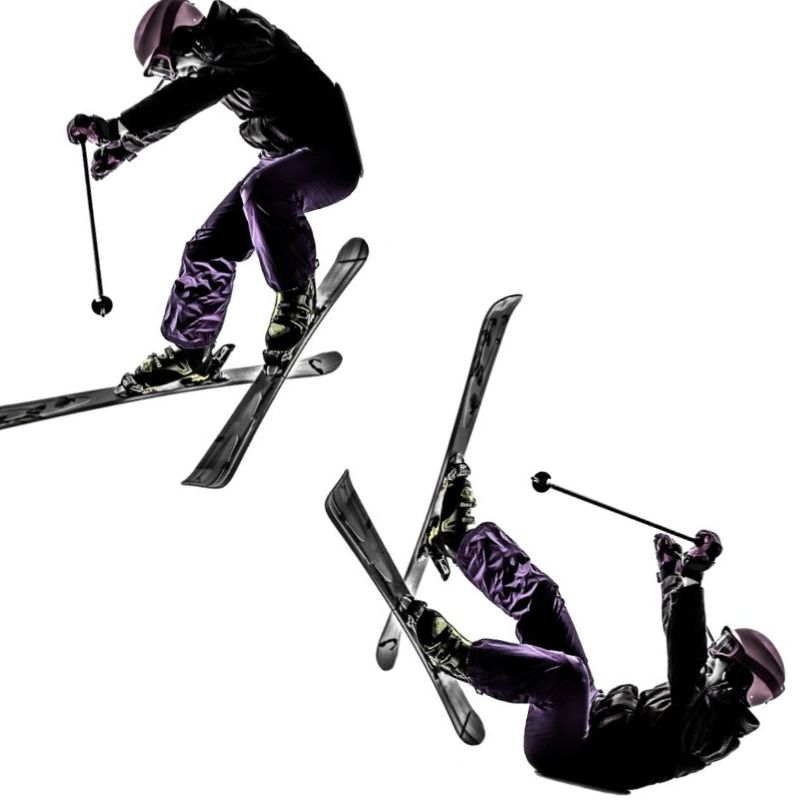 Answer: Mr. Ticket is a travel agent who booked their trip to the Swiss Alps. Mr. Wicked only purchased one round-trip ticket. He bought two tickets going to the Alps and one ticket returning home.

A homicide detective arrives on scene where a man is lying dead in front of a thirteen story abandoned building.

Officers believe the man jumped out of a window to commit suicide. The detective heads inside to investigate.

He enters the first floor and goes toward the front side of the building. Inside the room he walks toward the window facing the dead body, opens the window, and tosses a coin out.

The  detective then goes to the second floor and repeats the same process until he is done with all the floors.

He can’t get access to the roof because the stairway up to the roof was damaged in a fire at some point so the way is completely blocked with rubble and collapsed walls.

The detective goes back down to the ground floor and informs the team this wasn’t suicide, but a murder. Why is this a murder?

Answer: All the windows in the abandoned building were closed. If the man committed suicide, one window should’ve been open. It’s likely someone closed the window after pushing the man to his death.

A man was found dead in a room with a cassette recorder in one hand and a gun in the other. Police discover the body and press the play button on the recorder.

The man says “I have nothing else to live for. I can’t go on,” then the sound of a gunshot fills the air and then silence.

After listening to the cassette tape, police knew for certain that it was not a suicide, but was a murder. How did they know? 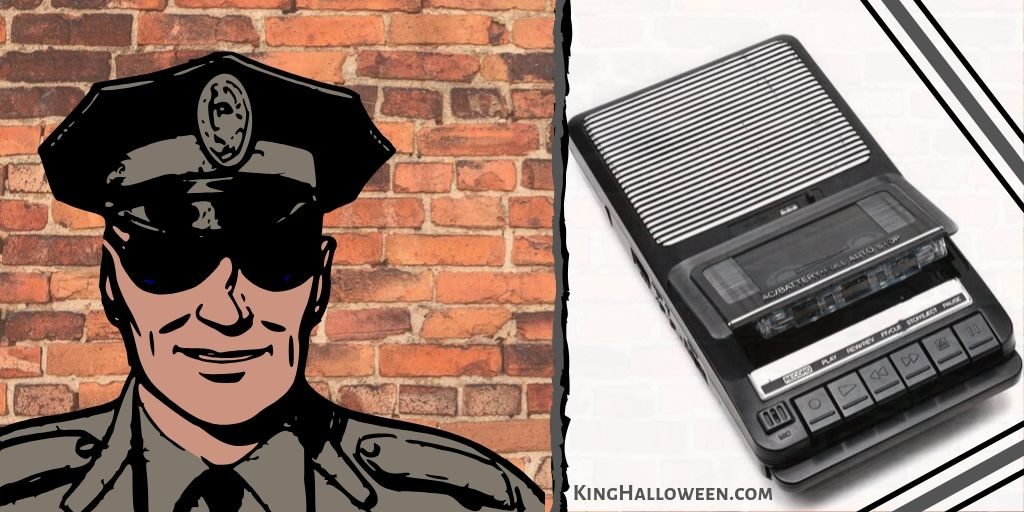 Answer: If the man shot himself and died while recording, how did the cassette recording rewind to the correct starting point for police to hear it.

There was a murder. A man was shot to death while sitting in his car.

There were no powder marks on his clothing, which indicated that the gunman was outside the car. However, all the windows were up and the doors locked.

After a full investigation, the only bullet holes discovered were in the man’s body. How was he murdered? 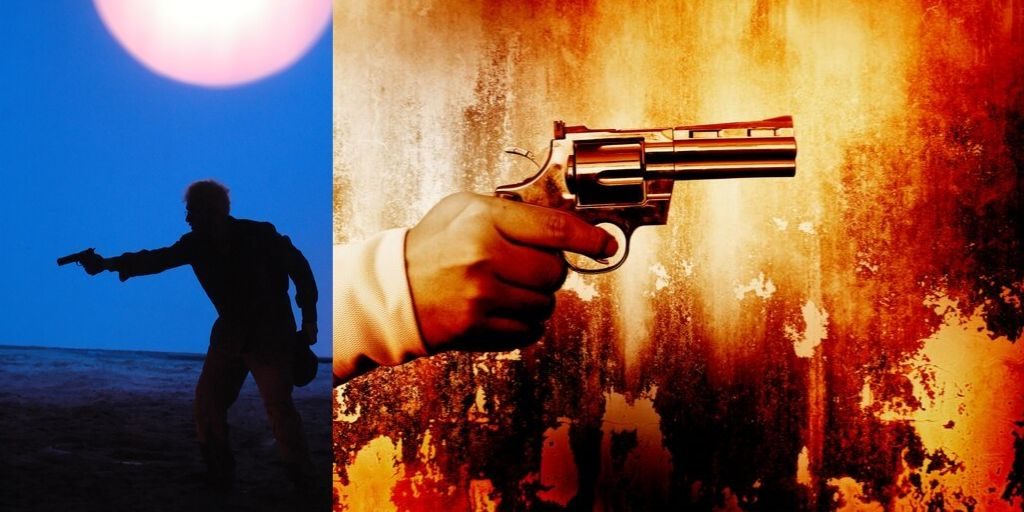 Answer: The man was sitting in a convertible and shot with the top open.

A man is found dead in the desert. He is wearing only underwear and his right hand is clutching a single stalk of hay.

There are no footprints or tire tracks nearby. What happened? 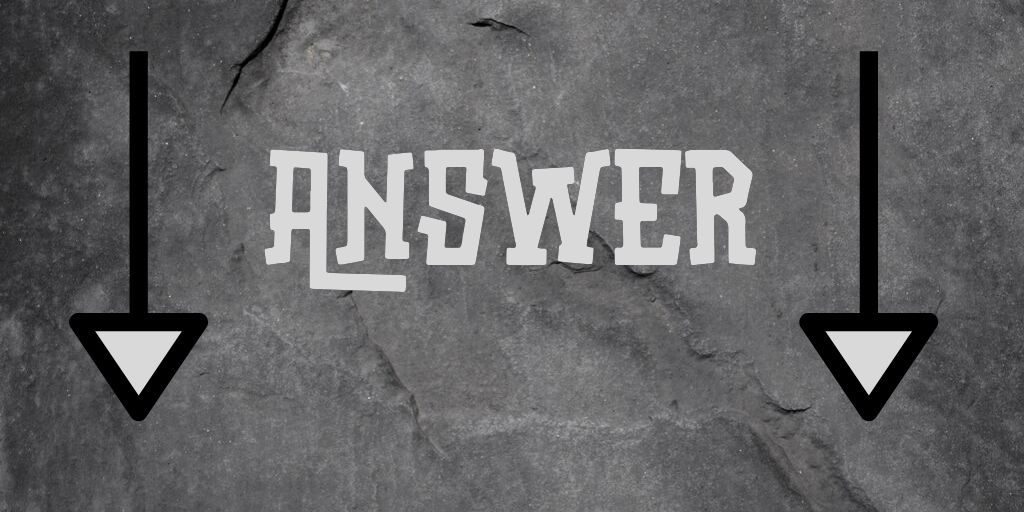 Answer: The man was flying across the desert in a hot air balloon with his three best friends. The balloon started to go down so the men began throwing items out of the balloon to lighten the load. They even threw their clothes over. It helped, but the balloon was still slowing sinking to the ground.

All four men would die if they became stranded in the desert so they drew straws to see would jump to save the other three. This man drew the short straw and jumped out of the balloon.

A wife finds her husband murdered on a Sunday morning.

She immediately calls the police. They arrive and question the wife and the staff in the home. Here are the alibis of all the suspects: 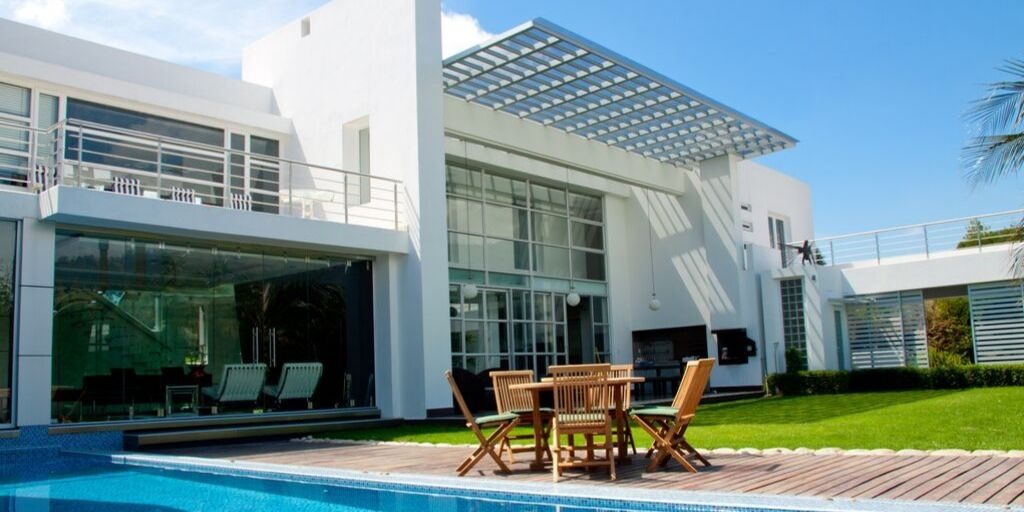 Answer: The maid because mail doesn’t come on Sundays.

Two women went out for dinner. They both ordered iced black tea lemonades.

One woman drank the teas very fast and she finished four in the time it took the other woman to drink one.

All of the drinks were poisoned! 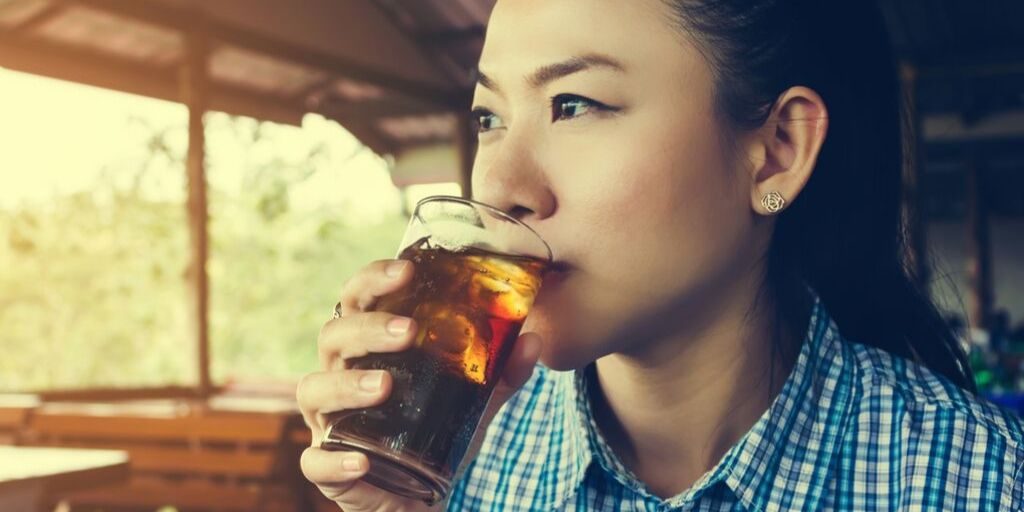 Answer: The poison was in the ice. The woman drank the 4 drinks so fast, the ice barely had time to melt.

One night a content old man has a drink, turns off all the lights and goes to bed. He wakes up the next morning, listens to the news and then commits suicide. Why? 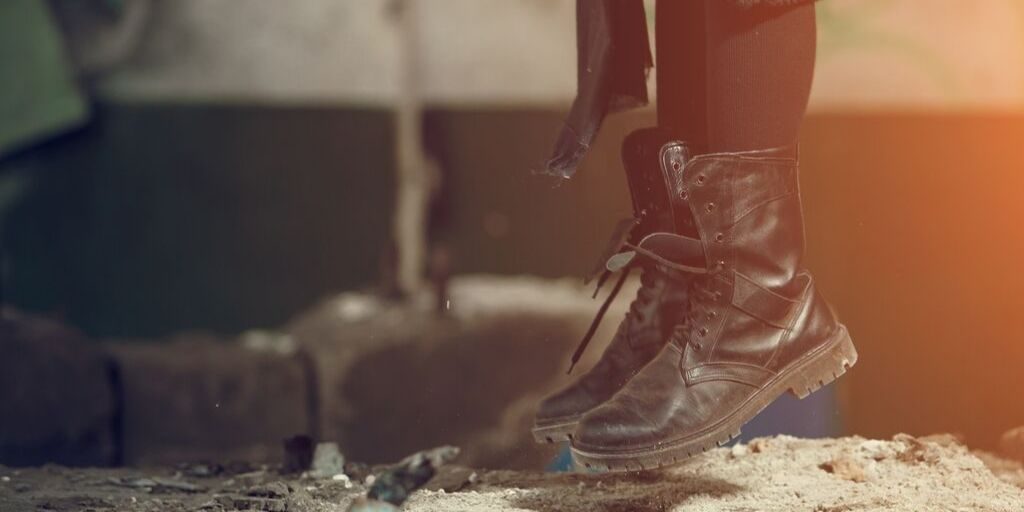 Answer: He lives in the lighthouse.

The news announced that 8 people died in a shipwreck because the lighthouse stopped working (he turned off ALL the lights) the night before.

These scary riddles are more of the classic “What am I” style of riddling. You will be given clues, sometimes confusing and intentionally hard to understand. Take a few moments and think about your answer before scrolling down and finding out what object the riddle is referring to. Looking for more scary stuff? Check out our Ten Evil Clowns List here. 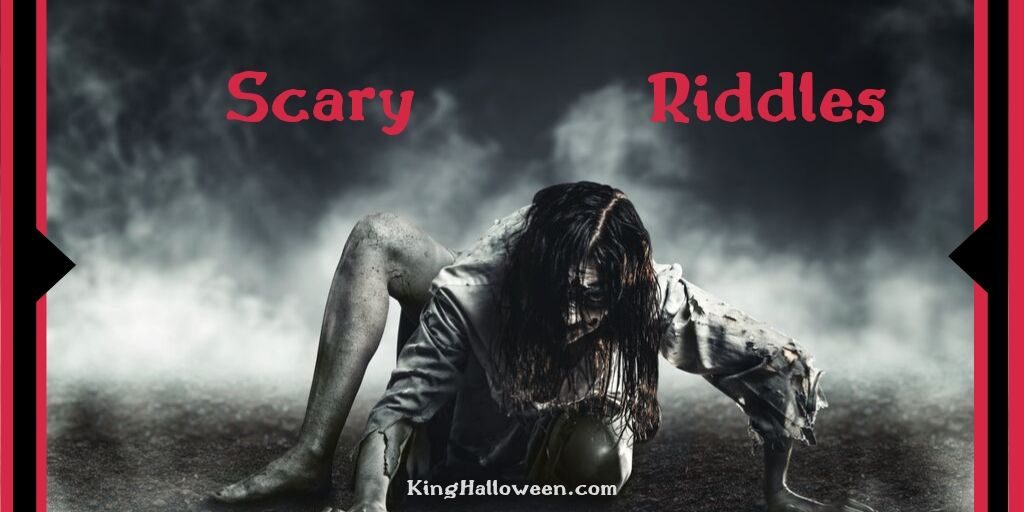 A Catholic priest was passing the Lord’s message onto his flock at Sunday mass  when a pale old man wearing a cloak jumped up and ran towards the priest.

The pale man shouted, tackled the priest to the ground and began beating the priest with his cloak.

Church onlookers stood mouth agape in fear, but never once raised a hand to protect the priest from the pale attacker. After beating on the priest with his cloak, the out of breath pale man grabbed the holy water font and drenched the priest in the blessed water.

Finally satisfied, the pale man sat down to catch his breath and the parishioners rushed to help the priest to his feet. What happened? 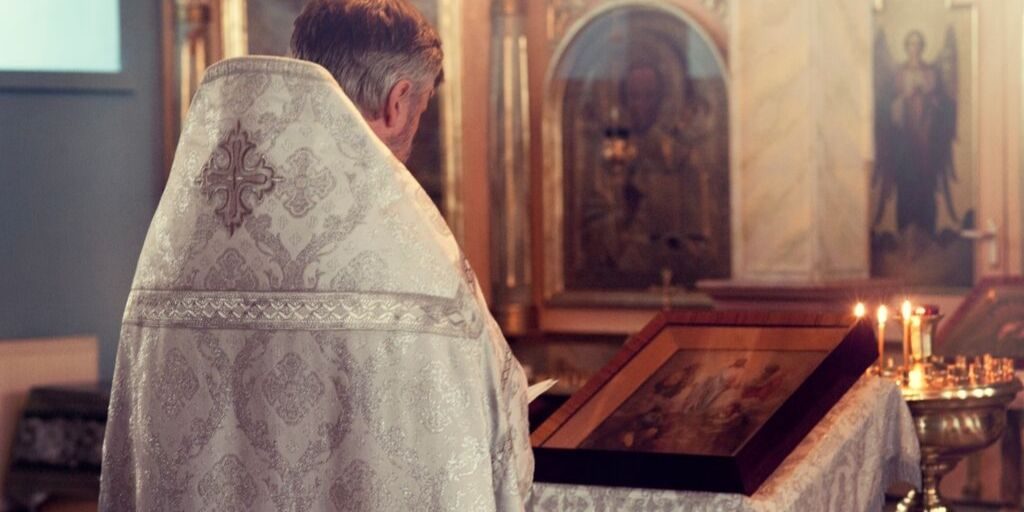 Answer: The priest’s robe had caught on fire from a candle and the pale man was the only person to take action and try to put the fire out.

Explanation: He knocked the priest to the floor because if you are standing fire will travel upward towards your face. Next, he attempted to smother the fire using his cloak. When that failed he finally dowsed the remaining flames in holy water. 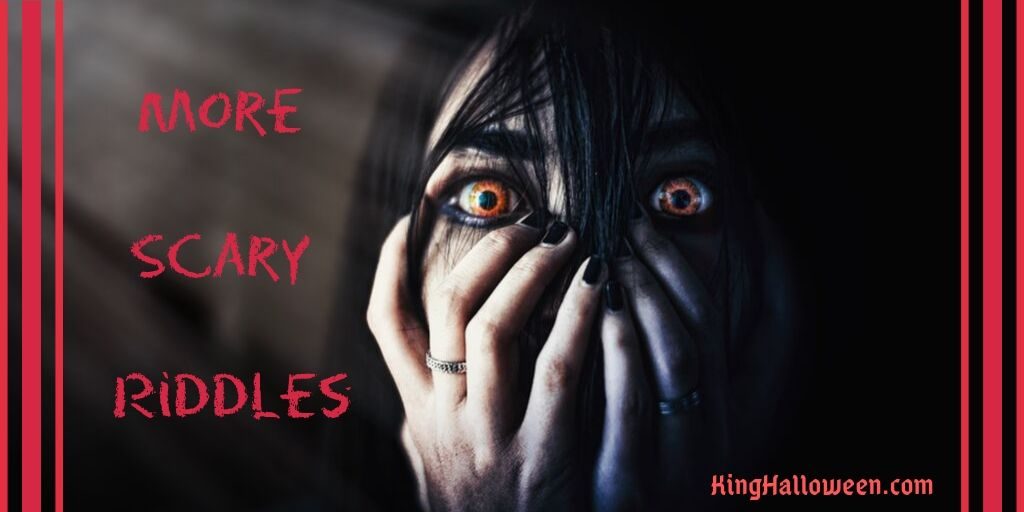 A boy was walking home when he saw a new carnival had opened up. He went in to check it out and an old man called him over to one of the game booths.

“You wanna play?” the old asked.
“What’s the game?” the boy replied.

“It’s a simple game and I will tell you the rules before we start.” the man said.
The boy wasn’t interested. “No thanks.”
“The prize is five thousand dollars.” the old man smiled.

“What?” the boy was intrigued. “What’s the catch?”
“Well, I have 6 large metal boxes,” the old man explained “and inside one of the boxes is the five thousand dollar prize money.” He went on. “The boxes are strong, airtight and can’t be opened with your bare hands, an axe, a hammer or even a chainsaw.”

“I get it.” said the boy. “They are impossible to open.” “No, not impossible.” said the old man. “This blowtorch can be used to open the boxes.”
“How long do I have?” asked the boy.

“Take as much time as you want.” said the man. “When you find the money, it’s all yours! So do you want to play?”
“Sounds like I will win for sure.” the boy said. “I’ll play your game.”

The old man smiled. I can offer you an advantage. “There are 6 metal boxes, but if you give me $20, I will start you right next to the prize money.” The boy happily got his wallet out and handed the man a $20 bill.

The old man took it and smiled a mischievous grin. The game started and the prize money was right in front of the boy. He could see it and he grabbed it, but he was never able to spend the money.

He died soon after winning his prize money. How did he die? 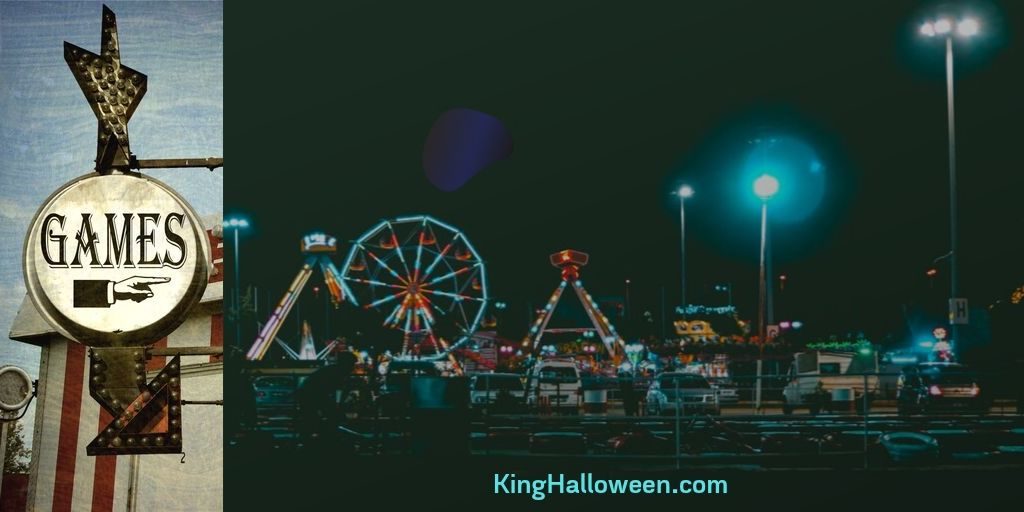 Answer: The old man started the boy next to the money, inside the airtight box.