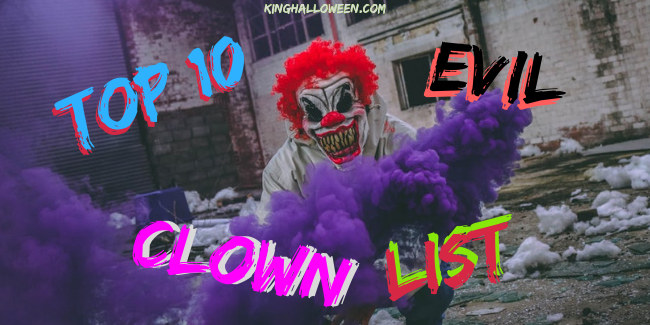 It seems like there is no shortage of killer clown movies, which makes this Top 10 Evil Clown List a pretty obvious addition to our Scary Stuff section. Each terrifying clown is listed in no particular order because with all the demon clowns out there, it’s hard to decide which one is the most evil.

While Billy from the Saw franchise is a terrifying clown, above is a funny video about what it would be like to have Billy as a co-worker.

The first thing you should know is that Billy is the Saw clown’s name. The Saw clown is often called Jigsaw by people, but the little puppet on the tricycle is actually named Billy. The “Jigsaw Killer” refers to the human movie character John Kramer.

Billy has the creepiest scenes and often declares “I want to play a game” before offering a seemingly impossible choice for escape.

From: Killer Clowns From Outer Space

Killer Clowns from Outer Space features a number of killer klowns who take over a town, kill people and collect them in cotton candy cocoons. It’s a cult classic horror comedy similar to Attack of the Killer Tomatoes.

Jumbo is a well-known evil clown and demonstrates a malicious sense of humor when he kills officer Mooney and uses Mooney as a ventriloquist dummy. All of the killer klowns are vicious killers of humans and qualify for the evil clowns list.

There have long been rumors of Killer Klowns from Outer Space 2, but so far nothing has been released.

The Clown film has a different story than most evil clown movies. This is the tale of how a father is unwittingly taken over by an ancient demon known as the Cloyne. Clown starts with Kent McCoy putting on an old clown costume and the events that follow make for a terrifying killer clown movie worth watching.

From: House of 1000 Corpses, Devil’s Rejects

Captain Spaulding is the least “clowny” evil clown on this list. He is a human who just happens to be wearing some clown make-up. This makes him a terrifying clown in his own right.

Captain Spaulding, aka Cutter, has a small role in House of 1000 Corpses, and a much bigger role as Rob Zombie’s Devil’s Rejects clown.

Spaulding has a lot of personality and fits right in with the rest of the homicidal rednecks in Devil’s Rejects. 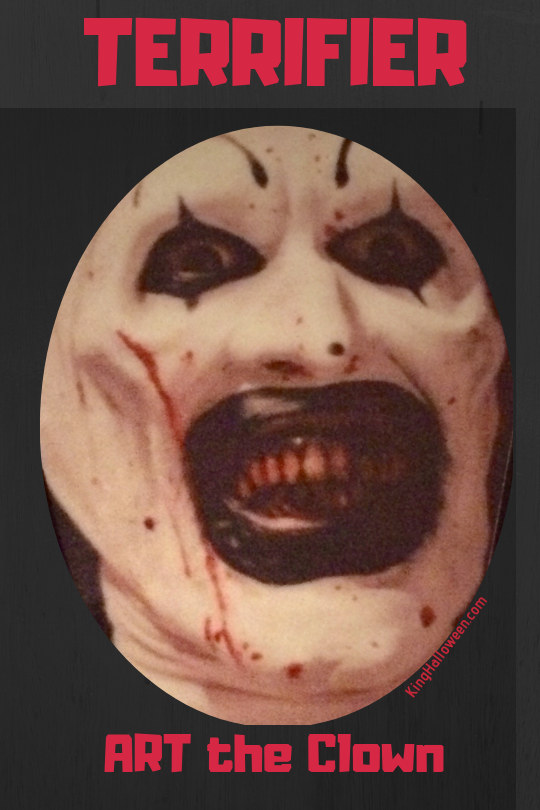 The Terrifier movie is not for light-weight horror fans and Art the Clown is the most terrifying clown on this list. If you have the slightest fear of clowns, don’t watch the Terrifier movie.

Art the Clown is a sadistic, evil clown who never says a word. He is a combination mime and killer clown who has a real problem with women. The Art the Clown character was originally seen on the All Hallows Eve trilogy, and Terrifier keeps to the tradition, taking place on Halloween night.

The Krampus clown is mostly a toy, but that doesn’t mean it can’t qualify as an evil clown.

From: The Dark Knight

Heath Ledger played the Joker character differently than previous actors which really made the joker feel like an evil clown. His madness felt chaotic, unsafe and made him a terrifying clown to watch.

The Joker seemed crazy as a loon and overall he was just as violent as some of the other evil clowns that made our list.

Twisty the clown is one of the more terrifying clowns to look at because of his gruesome face and mask. Twisty is an evil clown who became popular as the creepy American Horror Story Freak Show clown.

He is a known serial killer who often “entertains” his victims in the moments before he attacks.

Twisty the AHS clown has become a modern icon and there are costumes, masks, pins, stickers and other memorabilia available  with his image.

From: Stephen King’s It Movie

The Tim Curry version of Pennywise the Dancing Clown was a memorable, unpredictable and terrifying clown performance. The original Pennywise appeared as an average clown you could encounter at any circus event or fun gathering. However, once alone with the children he drops the dancing clown routine and becomes an unrelenting aggressive character known as “It.”

Tim Curry as the original Pennywise scared an entire generation using very limited special effects when compared to the new It movie. 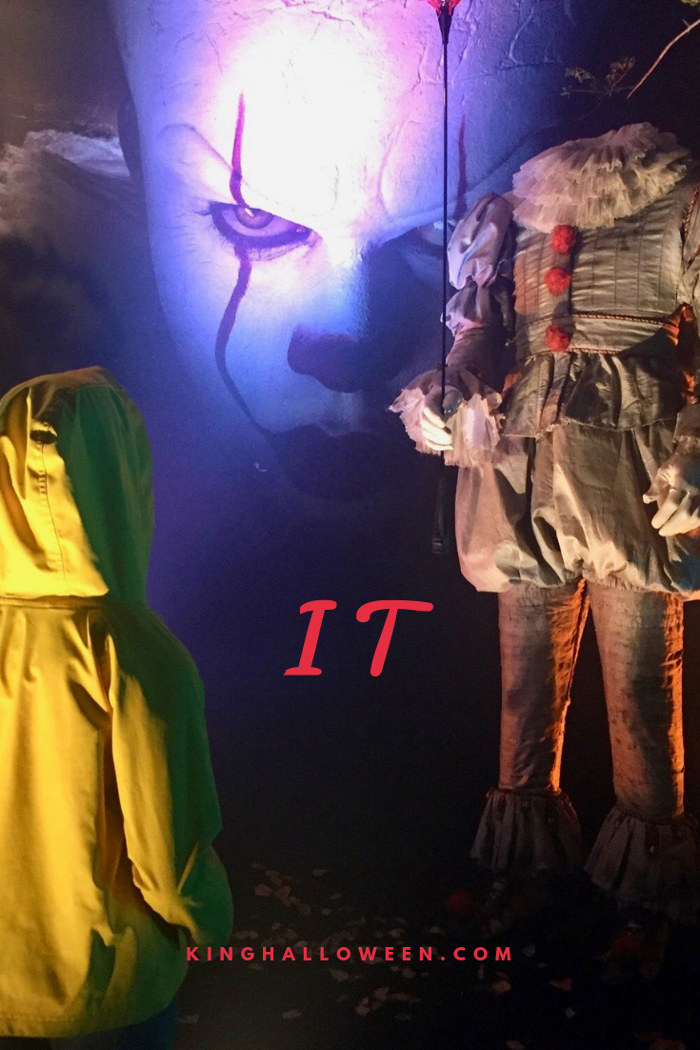 The new It movie played it smart by featuring a different style of clown with the new Pennywise. After all, competing with the original Pennywise would have been a mistake. Instead of mimicking the Tim Curry It, Bill Skarsgard plays the new Pennywise as a completely different evil clown.

The new dancing clown doesn’t have the high energy of the original Pennywise and it doesn’t seem like a clown you could encounter at any carnival event.

However, the new Pennywise seems like a terrifying clown masking pure evil underneath. The demon that is the new “It” can be felt right under the surface of 2017 version of Pennywise.

This version feels less human and relatable and more demonic when in it’s evil clown form. Check out the video above to see comparisons of both Pennywise actors delivering lines in their It films.

These 10 are just the beginning because evil clowns have become more and more popular every year. Expect great shows and movies to introduce us to even better and scarier clown character as time goes on.