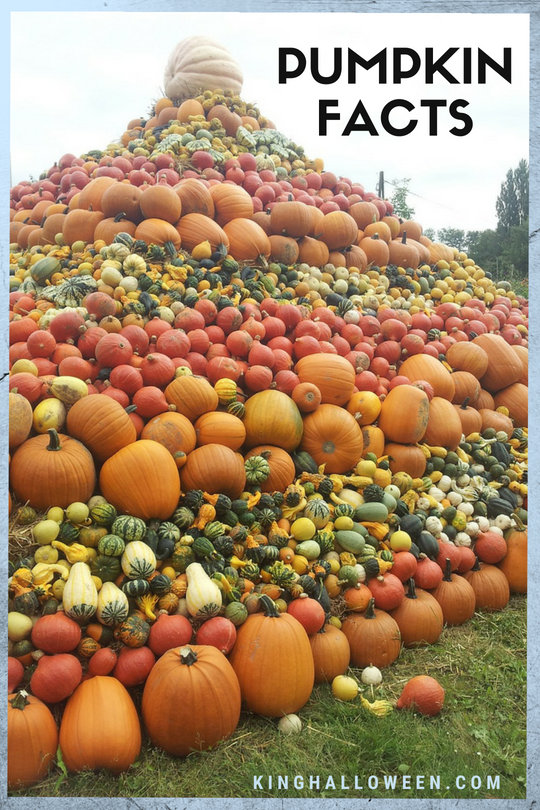 Pumpkins have become very popular in the United States over the last twenty years. Recently, there has been an increase in pumpkin flavored foods like cheerios, ice cream, breads, cookies and even dog foods. Pumpkin spice lattes and pumpkin flavored treats are a great way to get in the Halloween spirit while enjoying the delicious taste of pumpkin. Scroll down to learn fun pumpkin facts and check out some pumpkin related Guinness World Records. 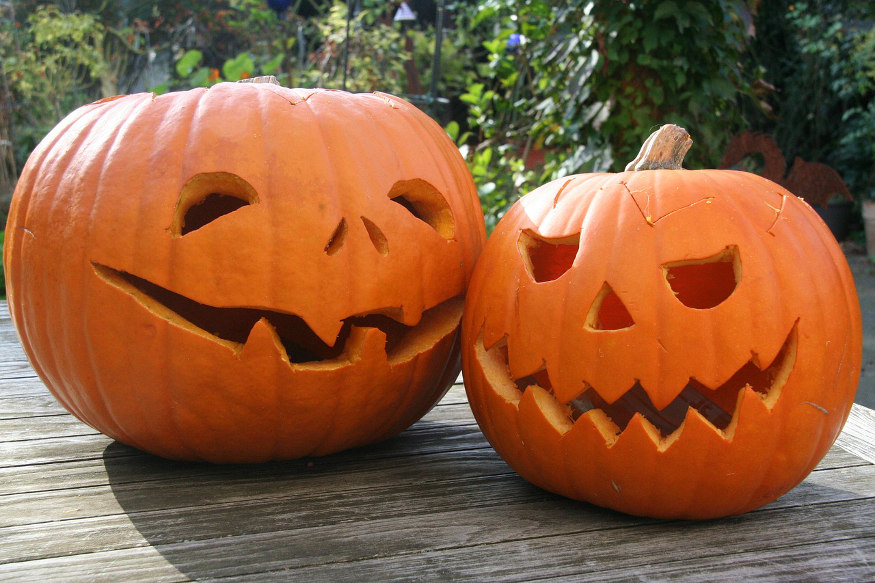 • Carving pumpkins into jack-o-lanterns came to America with the Irish Famine Immigrants in 1846. The Irish didn’t have pumpkins in Ireland, they used turnips and other vegetables. These were switched to pumpkins as the tradition grew in America.

• Pumpkins are annuals, not perennials, so their lifespan is only one year or a single growing season. When pumpkins are left on the vine they will eventually become rotten and break down into the soil. The seeds of rotting pumpkins are likely to grow into more pumpkins the next season.

• The first jack-o-lanterns weren’t made with pumpkins. They were made by placing embers inside of turnips. Read more about it this and other Halloween traditions here.

• Over the past decade pumpkin production has doubled globally. 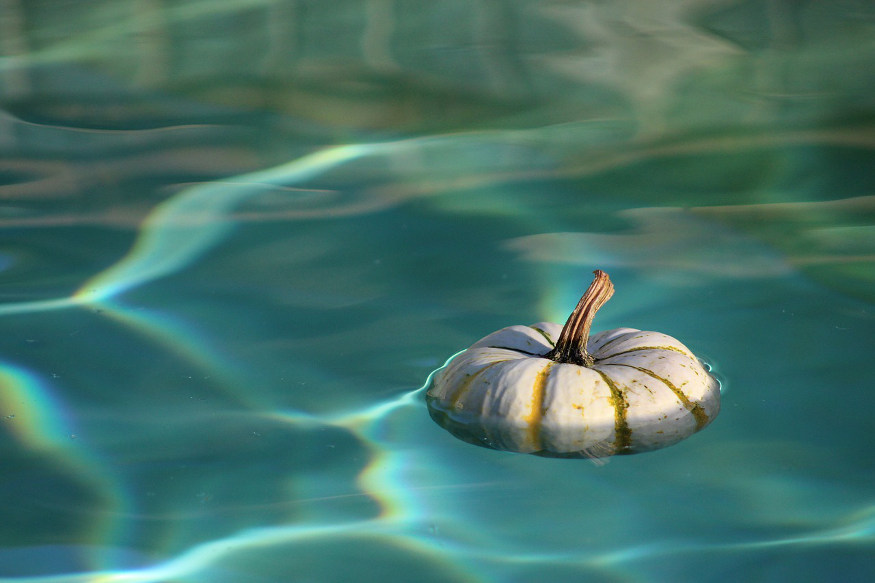 • We all float down here, and that includes pumpkins. To learn why pumpkins float in water check out the Archimedes Principle.

• Pumpkins grow on every continent except Antarctica. This is no surprise since frost is a natural enemy of pumpkins.

• Pumpkins grow at a faster pace in the evening and at night than they do during the day.

• It’s believed that pilgrims ate their own version of pumpkin pie for dessert, and you can try it! They hollowed out a pumpkin and filled it with milk, honey, eggs and spices and then set it in a hole of hot ashes to bake into a kind of custard.

If you want to surprise your friends by serving dessert in a pumpkin this year, here is a modernized pilgrim recipe for a pumpkin dessert.

• Pumpkins grow on a vine. They have large dark green leaves with both male and female flowers growing on the same plant. 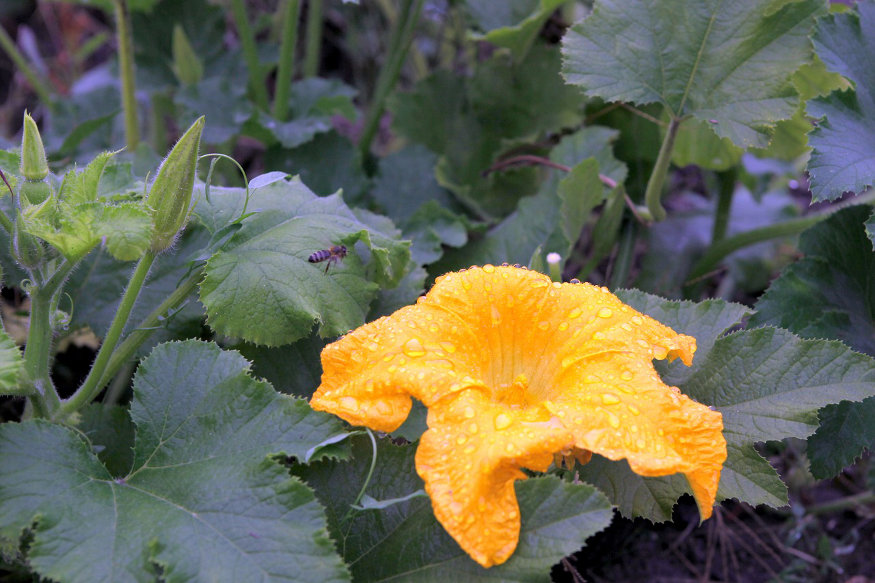 • Morton, Illinois is the self proclaimed Pumpkin Capital of the World and the home of Libby’s pumpkin processing plant. During the pumpkin harvest 500,000 pumpkins are cleaned, cooked, pureed and canned a day at the Libby’s plant. The pumpkins all go straight from the field and into cans in under 24 hours!

• China, not the U.S., is the world’s biggest producer of pumpkins. While the U.S. does import some of it’s pumpkins. They are imported from Mexico, not China.

• Pumpkins are actually a fruit. Pumpkins contain seeds which classifies them as a fruit. They are also technically a winter squash, a gourd and part of the genus Cucurbita.

• The fear of pumpkins is called Cucurbitophobia. It can be severe and is often triggered around the Halloween season.

• Historically, pumpkin has been used for valid medical treatments along with folk remedies. For example, pumpkin seeds were listed in the U.S. Pharmacopoeia from 1863 to 1936 as a medicine to get rid of parasites. A folk remedy example is the use of pumpkins to help get rid of freckles.

• The term “Pumpkin” first appeared in the late 1600’s in the three nursery rhymes Peter, Peter, Pumpkin Eater, The Pilgrim Pumpkin Rhyme and what would later be titled Cinderella. They were originally called “Pepon”, which is Greek for large melon. The French pronounced this “pompon”, which the English accent later changed to “pumpion”. Eventually they were called pumpkins by American colonists and the term was ultimately found in written works in the 17th century.

• Not all pumpkins are a vibrant orange color. There are other vibrantly colored pumpkins that are great for decorating and eating.

You can find white, green, yellow, blue, pink and red varieties of pumpkin. There are also stripe and color blotched pumpkins to really make your jack-o-lanterns stand out from the crowd.

Colored pumpkins also have some fun names like Baby Boos, the Cotton Candy, the Cinderella, the Blue Moon, Red Lakota and Tiger Tiger. 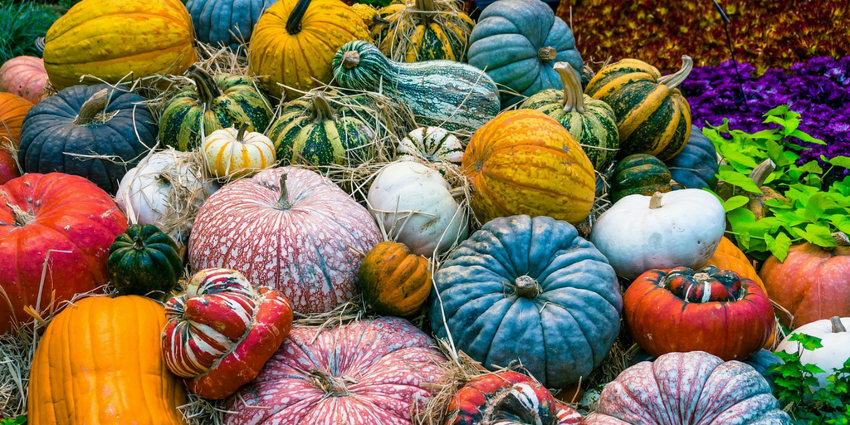 • There are more than 45 varieties of pumpkins.  From the Aladdin to the Wolf varieties, they range in size, shape and color.

• Let’s talk about Thanksgiving Pie. Pumpkin pie still ranks as the number one favorite Thanksgiving Pie for dessert. According to a Delta Dental 2016 survey pumpkin pie led the race and scored highest with Seniors and Baby Boomers.

• Pumpkins originated in North America. Seeds from similar plants were found in Mexico dating back to 5,000 – 7,000 B.C.

• Pepitas sold in stores aren’t exactly the same seeds found in a common pumpkin. You have already discovered this if you’ve tried to make pepitas at home. In theory, you should find pepitas by taking the shells off your jack-o-lantern’s pumpkin seeds. 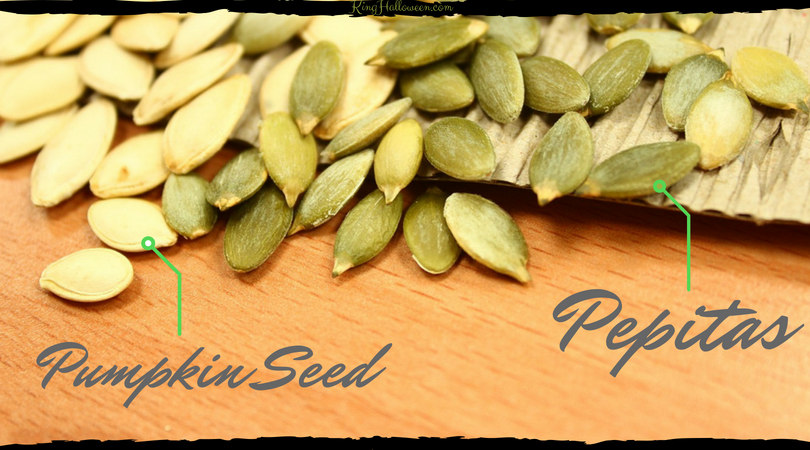 Removing the white shell will reveal a green little pumpkin seed, also known as a pepita. However, they tend to be small, brittle and difficult to get to.

The plump pepitas in the store are actually grown shell-less. There are a few varieties of pumpkins that only have shell-less seeds inside, which makes harvesting pepitas much easier. I think I will stick to traditional pumpkin seed roasting and just buy the pepitas.

Here’s a video showing how to fry up pumpkin flowers:

• Pumpkins have a short growing season. They only require about 75 – 100 frost free days to grow. Pumpkins prefer warm soil and are very sensitive to cold.

• Pumpkins are 90% water. This makes them a low calorie food in addition to the other health benefits.

• Canned pumpkin (not pumpkin pie mix) is often used to treat digestion issues in both dogs and cats. According to the American Kennel Club, pumpkin is rich in fiber, vitamins and acts as a prebiotic.

• A medium sized pumpkin has about 500 seeds inside. This number can vary, but you can use the amount of ridges on the pumpkin to help estimate how many seeds are inside. For each ridge on the pumpkin there is a row of seeds inside, so more ridges means more seeds.

• Pumpkins are nutrient rich with magnesium, potassium and vitamins A,C,E and zinc. They can be cooked in many ways. This includes steaming, boiling, baking, roasting and even frying parts of the pumpkin.

• Pumpkin soups rose in popularity in 2018 and are expected to continue as a food trend. 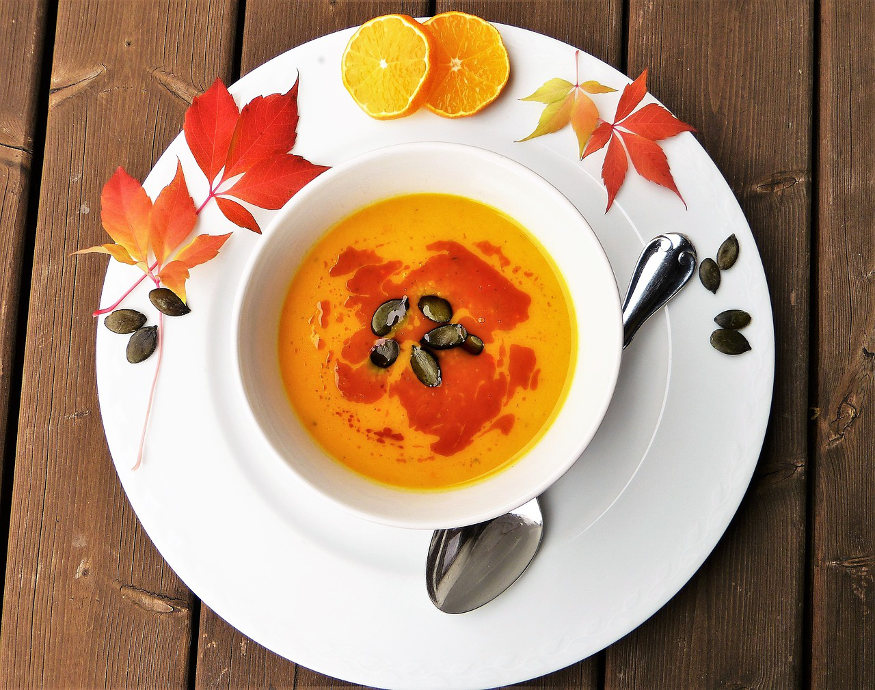 The pumpkin facts below are all about Guinness World Records that have been set. These are all current world records as of August 2018. For more Halloween and pumpkin world records check the Guinness website which is linked at the bottom of this page.

• One hundred and nine pumpkins is the most ever carved in an hour. The record was set on October, 21 2014 in New York by Trevor Hunt.

• The largest pumpkin pie ever made was 20 feet from edge to edge (diameter). It was made by the New Bremen Giant Pumpkin Growers in Ohio on September 25, 2010 and weighed 3,699 pounds.

• The record for most pumpkins smashed is 31 pumpkins in one minute. Ashrita Furman completed this record on October 23, 2017 in Jamaica, New York.

• The fastest pumpkin ever carved was done in 16.47 seconds by Stephen Clarke on live TV. Stephen Clarke carved the pumpkin in New York during the PIX11 Morning News on Halloween in 2013.

If you enjoyed these pumpkin facts be sure to check out our other posts: